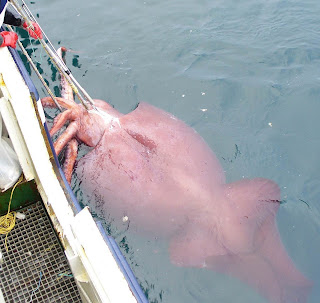 Photo above is from the National Museum of New Zealand.
Posted by Carrignafoy at 09:52 No comments:

The Old Blog Cabin is happy to lend its support to a new web-based campaign called Bring Back the Swansea Cork car ferry (www.bringbacktheswanseacorkferry.com). They have an online petition and I would urge everyone to sign it.

Being without a direct car-ferry link to Britain has seriously affected the south-west of Ireland's tourist industry and has led to significant job losses in the region, not just tourist jobs but maritime and industrial jobs too. Let's hope the people of Cork get behind this campaign and the people of Kerry, Limerick, Tipperary and Waterford too.
Posted by Carrignafoy at 15:42 2 comments: 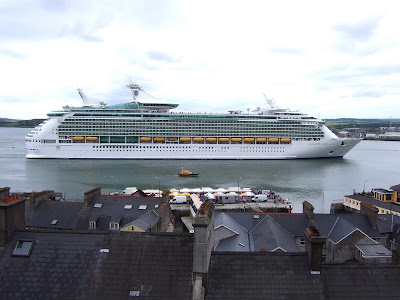 Having been overseas for a short trip I arrived back in Cork to discover that a Cambodian registered ship mv Defender had been detained in Cork Port and was at the centre of a pay row with the International Transport Federation. I have highlighted the question of "Flags of Convenience" before and Cambodia is one such Flag of Convenience. The ship's crew hadn't been paid and were on strike. They were being supported in their action by Cork dockers and the ITF. The dispute has now been settled with four of the crew on their way home, but the problem of Flags of Convenience still remains.

For all the talk of the EU, it has done prescious little to protect the rights of seafarers affected by the Flag of Convenience issue. The Defender is owned by a company based in Latvia - an EU member state, but the ship's registry is in Cambodia - a FOC state. I for one will be voting NO to the Treaty of Lisbon in the forthcoming Irish referendum as the EU institutions are not looking after the rights of European seafarers. There are many other reasons of course for my No vote but workers rights have seriously fallen down the EU's priority list in recent years.

Another thing, in some recent coverage of the Defender debacle, reference was made to this being "the first stand taken by a local labour force in Ireland in support of seafarers" (RTE News). This is patently untrue and Irish dockers have supported foreign crews on many occasions when they were in dispute with their employers, not least the dockers of Cork Port who have an excellent record of solidarity towards their fellow workers, Irish or otherwise. Whether it was the striking British Miners in 1983, the Liverpool Dockers in the 1990s or Latvian seafarers in 2008, Cork dockers were never short of helping out and often put their hands in their own pocket to help out fellow workers.
Posted by Carrignafoy at 11:17 1 comment:

Piracy on the High Seas 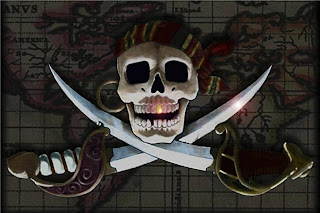 It may sound like something from the distant past but piracy at sea is still a problem in some waters, most notably off the north-east coast of Africa with regular attacks on vessels of all types, from busy freighters to luxury yachts.

Yesterday there was news of another attack with the seizure of a large French yacht off the coast of Somalia but in recent times piracy has become even more common. On February 1st of this year a Danish-owned tug, the Svitzer Korsakov was attacked and boarded by up to 20 heavily armed men, also off the Somalian coast. The crew were captured, including a 68 year old Irish engineer, Fred Parle. They were held for a total of 47 days and nearly all their personal possessions were taken by the pirates who had demanded a ransom for their safe return. It is not known whether that ransom was paid, but some newspapers reported that up to US$700,000 was paid over for the release of the crew.

Late last year a Korean freighter was taken over by pirates but was retaken by the crew after a deadly struggle which left several pirates dead and crew members injured.

Modern piracy is less romantic than the swashbuckling stuff we all learned in our youth. There are no parrots or gold doubloons but ransoms can be just as valuable any crock of gold. In fact modern piracy is deadly serious and no joking matter. It just goes to show that life on the sea can be dangerous and challenging.
Posted by Carrignafoy at 10:40 No comments:

Recently the Old Blog Cabin featured the story of the German sail training vessel Roald Amundsen which survived a major storm (Storm Johanna) off the south coast of Ireland, suffering the total loss of 11 of her sails. Johanna has been described by meteorologists here as being the worst storm of Winter 2007/208. This morning I spotted a video made by the crew which was on another maritime blog Sea Fever (). So here it is:-


The Roald Amundsen is currently in her home port of Eckernförde in the western Baltic.
Posted by Carrignafoy at 10:26 No comments: