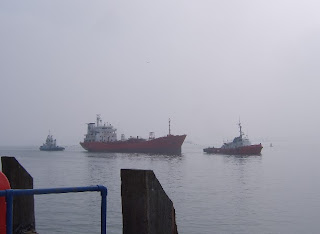 The International Transprort Federations' campaign on Flag of Convenience ships deserves to be supported and this Blog is happy to support it. The ITF has more information on its website at http://www.itfglobal.org/flags-convenience/index.cfm
Posted by Carrignafoy at 07:41

It is rather interesting for me to read that article. Thank author for it. I like such topics and anything connected to this matter. I would like to read a bit more soon.